[text_block style=”style_1.png” align=”left” font_color=”%23ffffff”]Moohan Martial Arts’ family classes may be just the unique opportunity you’ve been seeking. In today’s fast-paced, digital world…. It can be hard to find ways to connect with our loved ones in meaningful ways… But training in Martial Arts as a family creates common ground, provides common goals to pursue, and allows for so many opportunities to learn together… Face challenges together… Create life-long MEMORIES together.[/text_block]
Edit ElementClone ElementAdvanced Element OptionsMoveRemove Element

Our martial arts classes are excellent choices for self-defense, discipline, and fitness for all ages & fitness levels.

Letter from the President

I have a great deal of experience when it comes to both Martial Arts and teaching children this discipline. Do you know what the best part about teaching kids is? Watching them not only grow in their martial arts skills but also as they grow into fine young people due to their training.

One of the biggest misconceptions about what we do is that we only teach children how to fight or defend themselves. These beliefs could not be any further from the truth. The reality is that martial arts is so much more than just about the martial art skills; it’s about developing the personal skills that will help them grow into strong and disciplined individuals. It teaches them all about the skills they need to defend themselves if they need to, but it is also about teaching them life skills that they can carry with them forever.

We teach our students about respect and character. We teach them how to develop confidence. We teach them all about how to focus their energy. Every class that your child takes with us will give them the tools that they need to grow into independent and hard working individuals. With every class they spend with us, they will grow in mind, body, and character.

Take a look around to learn more about martial arts at our location and just how your family can benefit from signing your child up for classes.

Thanks for reading about us![/text_block]

[text_block style=”style_1.png” align=”center” font_color=”%23ffffff”]We know life is busy. If your family is like ours, schedules are constantly changing and you’re on the go almost all the time.

But with our Family Program at Moohan Martial Arts, you can dedicate the time to spend with each other as you learn exciting Taekwondo skills. Families in these classes work together to master each technique and support each other every step of the way.[/text_block]

YOUR FAMILY CAN QUICKLY BUILD:

AT MOOHAN MARTIAL ARTS, YOU AND YOUR FAMILY CAN:

[text_block style=”style_1.png” align=”left”]Parents love that our Martial Arts program instills a positive mental attitude while improving strength, agility, balance, and flexibility. Through the discipline of martial arts training & our integrated Dojang Virtues curriculum, together your family will learn success-building habits such as goal setting and perseverance.

Martial Arts has been shown to have a positive effect on emotional wellbeing. Scientific studies have shown it can lead to an increase in mindfulness and a decrease in depressive thoughts. This is because, unlike other programs, Karate trains both mind and body. It has also been shown that people who train in group environments are more likely to train harder and burn more calories. Additionally, people who train in Taekwondo have also been shown to have less anxiety and reduced stress levels.[/text_block]

[text_block style=”style_1.png” align=”center” font_color=”%23ffffff”]No matter how much you work out or how fit you are when you get started, our Family Martial Arts Classes are a great way to burn calories and build muscle. These high-energy classes are the perfect opportunity to introduce your child to long-lasting habits of physical activity while also staying in great shape yourself.

Martial Arts is a great way to improve your personal fitness in a safe and supportive environment. Unlike gym workouts which are repetitive and dull, Karate classes are always challenging you to learn a new technique. But just because it’s more enjoyable than a gym workout doesn’t that it’s less effective. You’ll lose weight, have excellent cardiovascular workouts and build core strength all with a smile on your face.[/text_block] 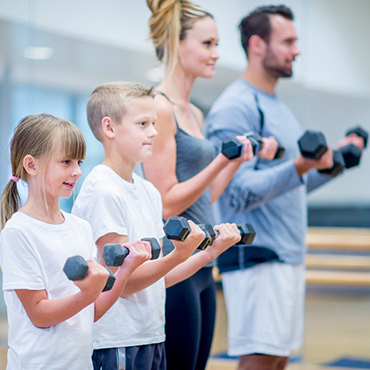 [text_block style=”style_1.png” align=”left”]Martial Arts has been shown to have a positive effect on emotional wellbeing. Scientific studies have shown it can lead to an increase in mindfulness and a decrease in depressive thoughts. This is because, unlike other programs, Taekwondo trains both mind and body. It has also been shown that people who train in group environments are more likely to train harder and burn more calories. Additionally, people who train in Karate have also been shown to have less anxiety and reduced stress levels.[/text_block]
Add Element

TRAIN YOUR BODY AND MIND!

[text_block style=”style_1.png” align=”left”]Martial arts classes for adults encourage the study of a calm and peaceful mind. Rather than the Eastern Arts being the study of violence, it is the study of how to live peacefully, naturally and how to martial complete control of the body – which is done by first training the mind.

If you find yourself lost in life, in need of guidance, spiritual relief or inner healing, martial arts will teach you how to look inside for the answers; and find them. All of the knowledge we require to be successful in this life already lies within us. If we can master our thoughts properly we can gain access to it… and the whole world will become much clearer.

The importance of mastering your own mind cannot be underestimated. It is only through practice and study that we can achieve the calm we need to have complete control of our movements. Learning this skill is one that is easily transferable to everyday uses. Once you know how to think in such a way you are able to apply these mental changes to every area of thought, extending the rewards of martial arts down into the very smallest aspects of your life.

For example, training your mind will leave you calmer in work situations. You will be less stressed and will find it easier to calm yourself should you get angry or frustrated. Training your mind with adults martial arts classes means better focus, better attention to detail and better perception. Not only that; but it shows you how to achieve your goals by applying yourself.[/text_block] 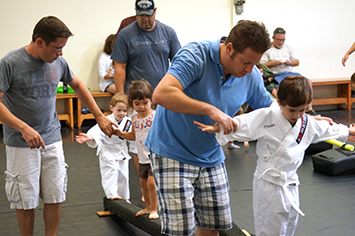 [text_block style=”style_1.png” align=”left”]Scientific studies have proven that martial arts, especially Taekwondo, can improve your memory. This is because it combines learning with physical movement. It also encourages developing a stronger, more focused mindset. These tools have been proven to improve memory and improved performances in tasks requiring you to split your attention. This effect is true for all age groups.[/text_block]
Add Element

WHAT OUR CUSTOMERS HAVE TO SAY

Martial arts offer so much to all adults, both physically and mentally. Our Adult Martial Arts Classes for adults use Focus, Fitness and FUN to keep you Fit, Healthy, and Confident![/text_block]